This recipe is phase 2 compliant if you are okay with using cocoa.

1 egg + 3 egg whites
1 Tbl. cocoa
2 Tbl. sweetener (I used 3 packets of Truvia- maybe next time I will sweeten it a little more) 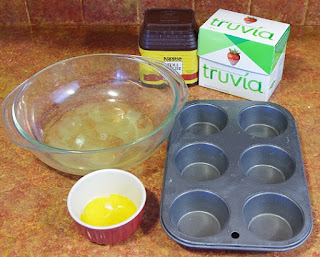 4 Egg Whites, 1 Yolk, Cocoa, Truvia, and Muffin Pan
First, I lay out everything that you need. Divide the allowed 1 egg plus 3 whites. Place 4 whites into the dish and set aside 1 egg yolk for mixing in later. 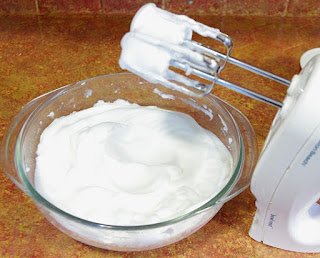 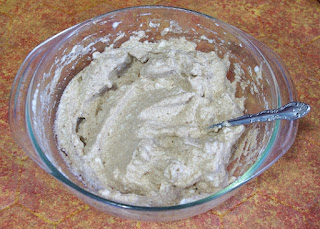 Cocoa and Sweetener Folded into Egg Whites
Once your stiff peaks have formed, you are now ready to fold in your cocoa and sweetener. Sprinkle 1 tablespoon of cocoa and 2 tablespoons of sweetener onto your stiffly beaten egg whites. Fold into the egg whites with a spoon until it looks like the above picture. 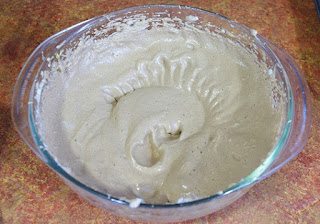 Beaten Egg Yolk into Mixture
Pour your egg yolk into the mixture and beat on high for 30 seconds. 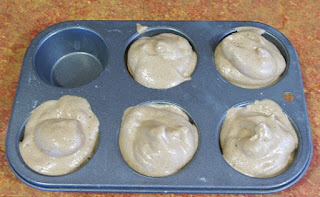 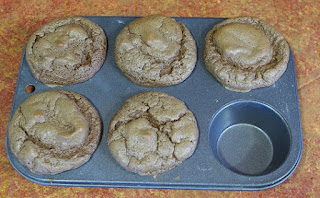 Email ThisBlogThis!Share to TwitterShare to FacebookShare to Pinterest
Labels: desserts